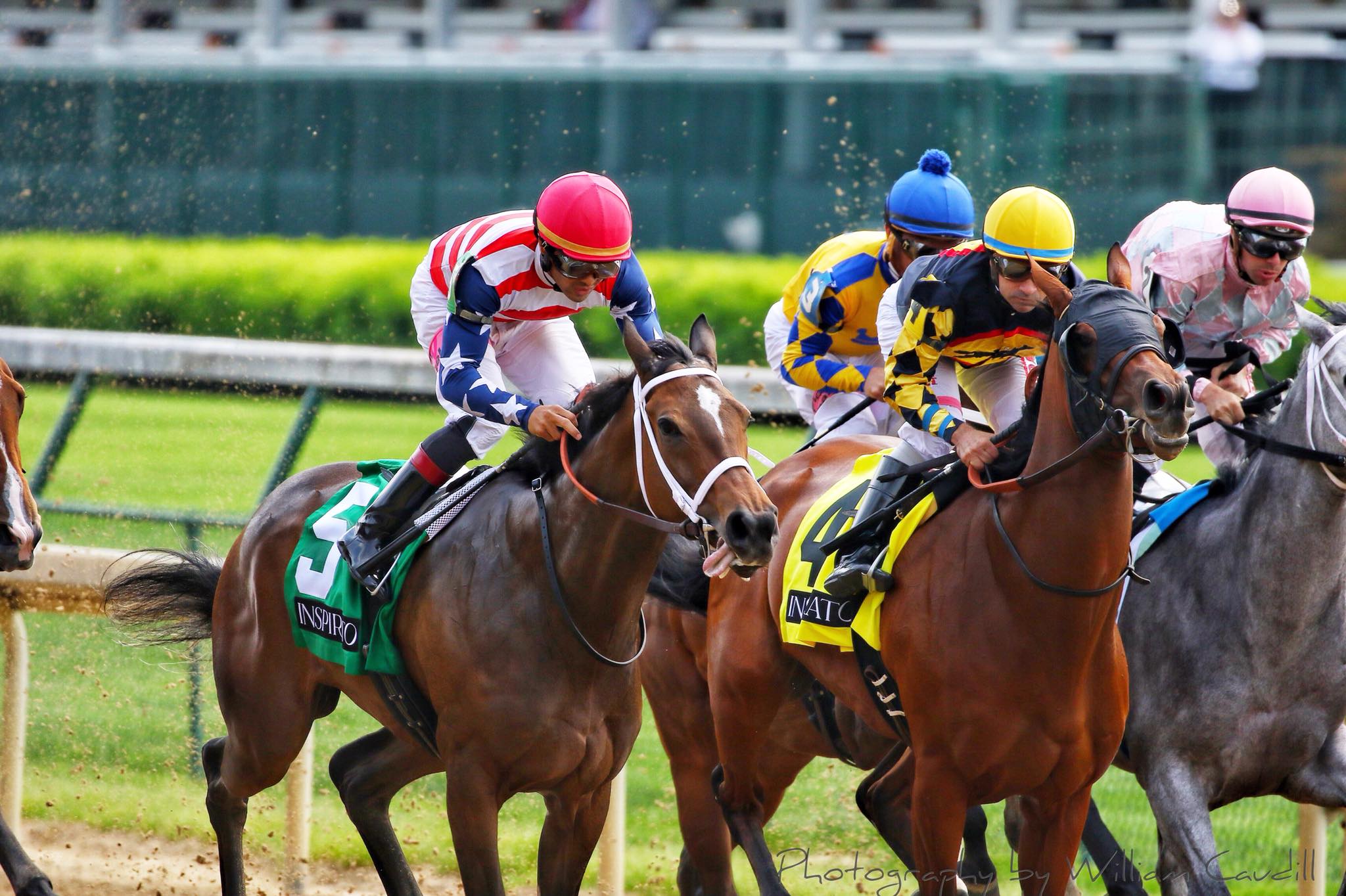 Bettors are continually searching for that longshot bet that will pay off in a big way. It’s the same with horses where bettors are always looking to back a realistic longshot, especially in Triple Crown races.

With Saturday’s Belmont Stakes almost upon us, it’s time to take a look back and remember those horses that brought bettors huge paydays. Ultimately, we’ll be introduced to the horse with the longest odds to ever win a Triple Crown race.

Master Derby took the lead in the Preakness heading down the home stretch. Foolish Pleasure tried to come back but was held off by Master Derby who would win the race despite being given +2300 odds.

Thunder Gulch (1995)
The 1995 Triple Crown got off to an exciting start when Thunder Gulch, a +2500 longshot, flew down the stretch to beat the field by 2½ lengths. Thunder Gulch ran the Preakness Stakes but finished third before winning the Belmont Stakes. With that victory, Thunder Gulch became one of 29 horses that won two legs of the Triple Crown failing to win it all.

Charismatic (1999)
In the 1999 Kentucky Derby, Excellent Meeting was the favorite and Charismatic only entered the race by winning the Coolmore Lexington Stakes just 13 days prior to running at Churchill Downs. Because of the late entry, no one, including oddsmakers, really knew much about Charismatic.

The colt was given +3100 odds to win. Jockey Chris Antley rode a near perfect race and Charismatic shocked the horse racing world with a stunning victory. None of the favorites finished in the top three and a $2 trifecta of Charismatic, Menifee, and Cat Thief paid out $5,866.

Birdstone (2004)
Smarty Jones was looking to complete the Triple Crown in 2004 when a horse named Birdstone stepped up and won Belmont by a full length. The winner was a huge longshot at +3600. The horse was ridden by jockey Edgar Prado whose name will come up again in this list.

Temperance Hill (1980)
Genuine Risk had won the Kentucky Derby and Codex won the Preakness before a longshot named Temperance Hill captured the 1980 Belmont Stakes. The winner edged out Genuine Risk as a +5300 longshot. Temperance Hill would go on to win several more Grade I races and be named the Champion Three-Year-Old of 1980.

Giacomo (2005)
In one of the more thrilling Kentucky Derby finishes over the last two decades, longshot Giacomo won by a mere half-length. The win would deny Afleet Alex, winner of the Preakness and Belmont Stakes, a Triple Crown. Giacomo was given +5000 odds to win and a $2 trifecta that day paid out over $133,000.

Mine That Bird (2009)
One of the biggest comebacks in Kentucky Derby history happened in 2009 when Mine That Bird, a +5000 longshot, went all the way from last to first and won by an incredible seven lengths. It was the biggest Derby win in more than 60 years. And, it paid out pretty well too.

Country House (2019)
It was a controversial finish in 2019 when Maximum Security won the race but was then disqualified for interference. As a result, Country House, a +6500 longshot, became the winner. A $2 win bet paid $132.40 as Country House became the horse with the longest odds to ever win the Derby.

Sherluck (1961)
Country House was not the first +6500 longshot to win a Triple Crown race. That honor would go to Sherluck, which spoiled a Triple Crown for Carry Back by winning the 1961 Belmont Stakes. The win marked the biggest payout in Belmont history at the time.

Sarava (2002)
That payout at Belmont would be surpassed in 2002 when Edgar Prado – remember him? – rode Sarava to victory. That year, War Emblem was poised to win the Triple Crown, but Sarava would go on to pull the upset by a half-length beating Medaglia D’Oro at the wire.

Sarava’s trainer Ken McPeek had little confidence in his horse, a +7000 longshot. McPeek placed a small $10 bet. He won over $700. It was the biggest upset in the history of Belmont and gives Sarava the title of the horse with the longest odds to ever win a Triple Crown race.

The billionaire investor and CEO of Galaxy Digital, Mike Novogratz, says the bitcoin market is in good condition, noting that

Kylie Jenner Shares Video of Her Being pregnant Stomach On Instagram

Lewis Hamilton on the risks of F1, his battle with Verstappen and the significance of successful ‘the precise manner’